Essentially a Parrot is a Monkey with Wings; a Quotation by Walter Gossett 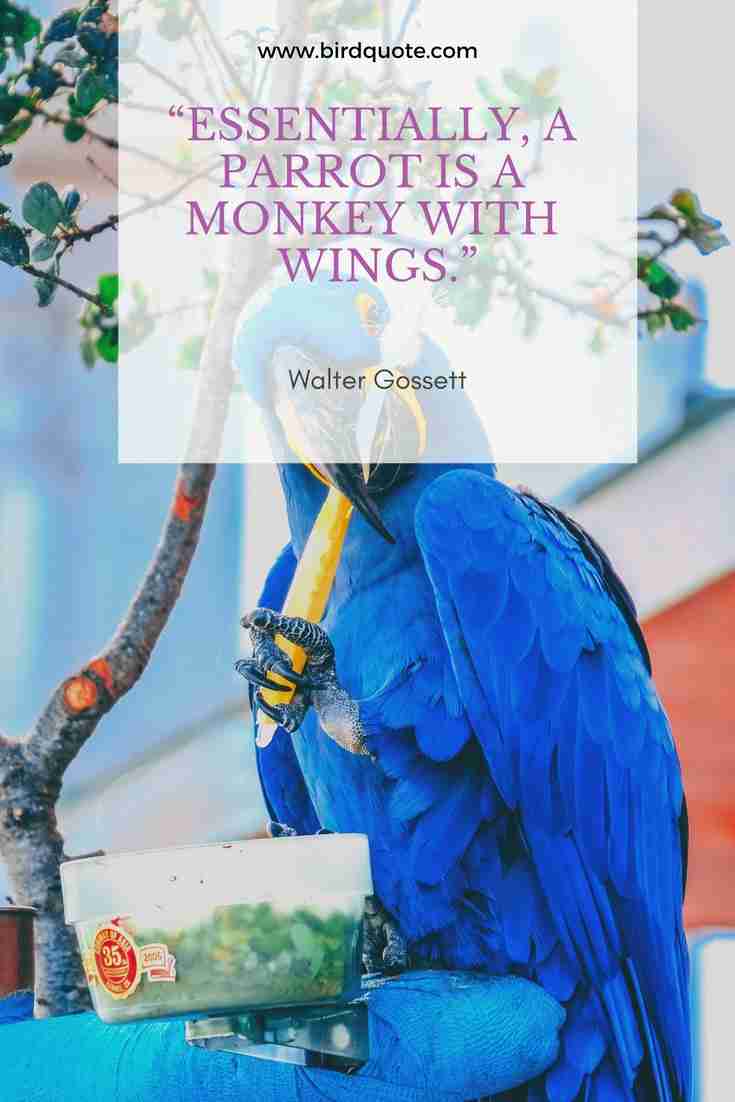 Parrots are also known as psittacines. It might be a stretch to compare them to a monkey with wings, however. They are birds of the roughly 393 species in 92 genera that make up the order Psittaciformes. These birds are usually found in most tropical and subtropical regions.

The order is subdivided into three superfamilies: the Psittacoidea (“true” parrots), the Cacatuoidea (cockatoos), and the Strigopoidea (New Zealand parrots). Parrots also have several species inhabiting temperate regions in the Southern Hemisphere. The greatest diversity of parrots, however, is in South America and Australasia.

Parrots are among the Most Intelligent Birds

Parrots, jays, magpies, along with ravens and crows, are among the most intelligent birds. The ability of some parrot species to imitate human voices probably enhances their popularity as pet birds. Trapping wild parrots for the pet trade, as well as hunting has diminished wild populations.

There is also habitat loss, and competition from invasive species which takes its toll. Parrots are subjected to more exploitation than probably any other group of birds.

Some Places where Parrots are Found

However, the largest number of parrot species come from Australasia and South America. The subfamily Arinae encompasses all the neotropical parrots. That includes the amazons, macaws, and conures. These range from northern Mexico and the Bahamas to the southern tip of South America.

Essentially a Parrot is a Monkey with Wings

Essentially a Parrot is a Monkey with Wings