The Raytheon MIM-23 Hawk is a U.S. medium range surface-to-air missile. The Hawk was initially designed to destroy aircraft and was later adapted to destroy other missiles in flight. The missile entered service in 1960, and a program of extensive upgrades has kept it from becoming obsolete. It was superseded by the MIM-104 Patriot in United States Army service by 1994.

The missile was initially deployed by the U.S. Army in 1959, and by the US Marine Corps in 1960. There were many upgrades to the missile that took it up to MIM-23G that enable the missile to deal with low flying targets in a high clutter environment. These were first deployed in 1990. The Hawk XXI or Hawk-21 is a more advanced, and more compact version of Hawk PIP-3 upgrade. 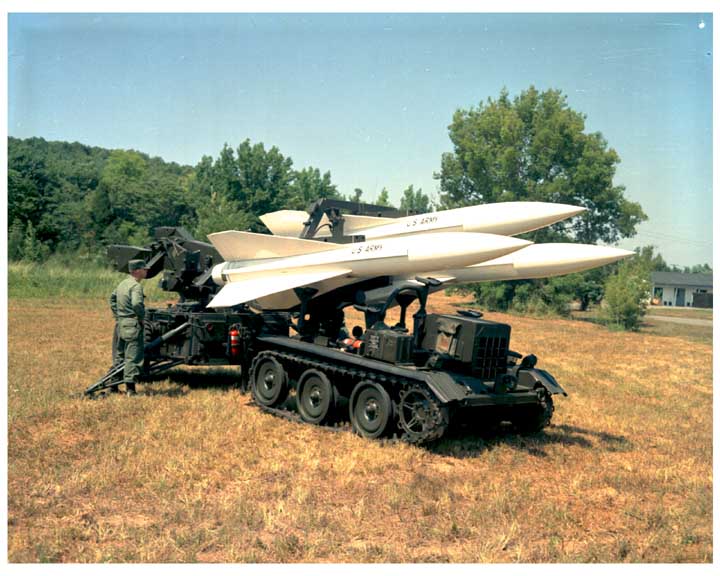 It was finally phased out of U.S. service in 2002, the last users, the U.S. Marine Corps replacing it with the man-portable infrared-guided visual range FIM-92 Stinger. The missile was also produced outside the US in Western Europe, Japan and Iran. Although the U.S. never used the Hawk in combat, it has been employed numerous times by other nations. Approximately 40,000 of the missiles were produced.

People would say I really loved Buck Rogers until the Hawk guy came on. ~ Gil Gerard

|||||||
Your Face is so Beautiful, and the Sound of Your Words imparts intuitive wisdom. It is so long since this sparrow-hawk has had even a glimpse of water. ~ Sri Guru Granth Sahib

|||||||
I am but mad north-north-west: when the wind is southerly I know a hawk from a handsaw ~ William Shakespeare

|||||||
The sparrow-hawk loves the rainwater, falling in torrents; the king loves to see his wealth on display. ~ Sri Guru Granth Sahib

From Wikipedia, the free encyclopedia