Home Blog I do not know which to prefer…

I do not know which to prefer… 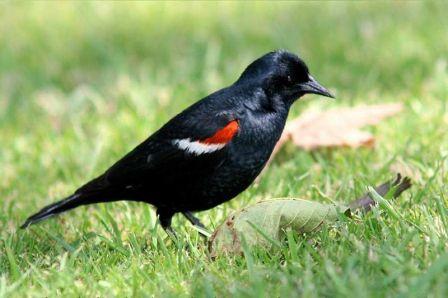 Tricolored Blackbird: Have you seen this bird?

The Tricolored or Tricoloured Blackbird, Agelaius tricolor, is a passerine bird of the family Icteridae.

The Tricolored Blackbird range is limited to the coastal areas of the Pacific coast of North America, from Northern California in the U.S. to upper Baja California in Mexico.

Despite the similar names, this bird is not related to the Old World Common Blackbird, which is a thrush (Turdidae).

Native grasslands once used for nesting and feeding have been lost to urban and agricultural development. Birds adapting to nesting in agricultural fields have been disturbed by harvesting during the breeding season.