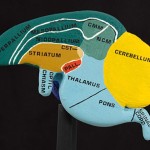 I’ve been following some of the rhetoric of some of the vocal Senators (in the USA) and it seems like some of them have “bird brains“. They have so narrow a view and so far off base compared to the majority of people that their own self-interests appear to be more important than the people they are supposed to represent.

Those are the republicans (not all of them) that have banded together. I guess “Birds of a feather flock together“. Lets not single out the bird brain senators. The House republicans are the same, but are generally avoiding the spotlight of being on TV spouting out all sorts of nonsense like their counterparts in the senate.

I guess “the flock” enjoys looking stupid and will continue to make the Republican party the “party of NO”.