Cuckoo Quotes and Quotations A – R

The cuckoos are a family, Cuculidae, of near passerine birds. The cuckoo family has other species included, some of which are the roadrunners, koels, malkohas, couas, coucals and anis.

The cuckoos are generally medium sized slender birds. The majority are arboreal, with a sizeable minority that are terrestrial. The family has a cosmopolitan distribution, ranging across all the world’s continents except Antarctica, with the majority of species being tropical. The temperate species are migratory.

The cuckoos feed on insects, insect larvae and a variety of other animals, as well as fruit. Many species are brood parasites, laying their eggs in the nests of other species, but the majority of species raise their own young.

Cuckoos are often highly secretive and in many cases best known for their wide repertoire of calls. Calls are usually relatively simple, resembling whistles, flutes, or hiccups. The calls are used in order to demonstrate ownership of a territory and to attract a mate. 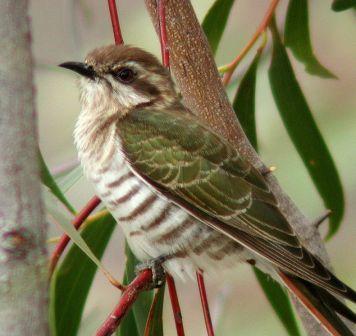 –verb (used without object)
5.to utter the call of the cuckoo or an imitation of it.

–adjective
7.Slang . crazy; silly; foolish.
8.of, pertaining to, or like a cuckoo.

1. mod.
unconscious. : I socked him on the snoot and knocked him coo-coo.
2. mod.
insane. : How did I ever get involved in this cuckoo scheme, anyway? 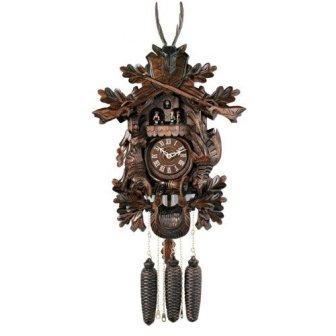 |||||||
And hear the pleasant cuckoo, loud and long – / The simple bird that thinks two notes a song.
– William Henry Davies

|||||||
And now I hear its voice again, And still its message is of peace, It sings of love that will not cease, For me it never sings in vain.
– Frederick Locker-Lampson

|||||||
And, being fed by us, you used us so As that ungentle gull, the cuckoo’s bird, Useth the sparrow–did oppress our nest; . . .
– William Shakespeare

|||||||
At land indeed Thou dost o’ercount me of my father’s house: But since the cuckoo builds not for himself, Remain in’t as thou mayst.
– William Shakespeare

|||||||
He was but as the cuckoo is in June, Heard, not regarded.
– William Shakespeare

|||||||
In Italy for thirty years under the Borgias they had warfare, terror, murder, bloodshedöthey produced Michelangelo, Leonardo daVinci and the Renaissance. In Switzerland they had brotherly love, five hundred years of democracy and peace, and what did they produce? The cuckoo clock.
– Welles, Orson

|||||||
In Switzerland they had brotherly love, five hundred years of democracy and peace, and what did they produce? The cuckoo clock!
– Simone Weil

|||||||
List–’twas the cuckoo–O, with what delight Heard I that voice! and catch it now, though faint, Far off and faint, and melting into air, Yet not to be mistaken. Hark again! Those louder cries give notice that the bird, Although invisible as Echo’s self, Is wheeling hitherward.
– William Wordsworth

|||||||
No Nightingale did ever chant More welcome notes to weary bands Of travelers in some shady haunt, Among Arabian sands: A voice so thrilling ne’er was heard In spring-time from the Cuckoo-bird, Breaking the silence of the seas Among the farthest Hebri
– William Wordsworth

|||||||
O blithe New-comer! I have heard, I hear thee and rejoice; O Cuckoo! shall I call thee Bird, Or but a wandering Voice?
– William Wordsworth

|||||||
One Flew Over the Cuckoo’s Nest.
– Kesey, Ken Elton Title of novel, derived from a traditional rhyme.