Back to Sparrow Quotes Pt. 1

|||||||
The longer I live, the more convincing proofs I see of this truth: that God governs in the affairs of men. And if a sparrow cannot fall to the ground without His notice, is it probable that an empire can rise without his aid?
~ Benjamin Franklin

|||||||
The moment a little boy is concerned with which is a jay and which is a sparrow, he can no longer see the birds or hear them sing.
~ Eric Berne

|||||||
The sparrow is sorry for the peacock at the burden of his tail.
~ Tagore

|||||||
The sparrow that is twittering on the edge of my balcony is calling up to me this moment a world of memories that reach over half my lifetime, and a world of hope that stretches farther than any flight of sparrows.
~ Donald G. Mitchell

|||||||
The sparrow-hawk loves the rainwater, falling in torrents; the king loves to see his wealth on display.
~ Sri Guru Granth Sahib 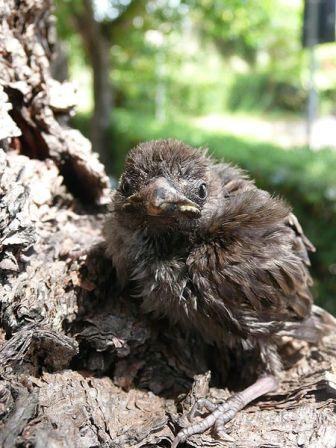 |||||||
When sparrows build and the leaves break forth My old sorrow wakes and cries.
~ Jean Ingelow

|||||||
The sparrows chirped as if they still were proud / Their race in Holy Writ should mentioned be.
~ Henry Wadsworth Longfellow

|||||||
Whenever I hear the sparrow chirping, watch the woodpecker chirp, catch a chirping trout, or listen to the sad howl of the chirp rat, I think: Oh boy! I’m going insane again.
~ Jack Handy

|||||||
Who sees with equal eye, as God of all, A hero perish, or a sparrow fall, Atoms or systems into ruin hurled, And now a bubble burst, and now a world.
~ Alexander Pope

|||||||
Yea, the sparrow hath found an house, and the swallow a nest for herself, where she may lay her young, even thine altars, O LORD of hosts, my King, and my God.
~ Bible

|||||||
You are the Ocean of Water, and I am Your fish. Your Name is the drop of water, and I am a thirsty sparrow-hawk.
~ Sri Guru Granth Sahib

|||||||
Your Face is so Beautiful, and the Sound of Your Words imparts intuitive wisdom. It is so long since this sparrow-hawk has had even a glimpse of water.
~ Sri Guru Granth Sahib

And in thy own sermon, thou
That the sparrow falls dost allow,
It shall not cause me any alarm;
For neither so comes the bird to harm,
Seeing our Father, thou hast said,
Is by the sparrow’s dying bed;
Therefore it is a blessed place,
And the sparrow in high grace.
– George MacDonald

|||||||
Tell me not of joy: there’s none
Now my little sparrow’s gone;
He, just as you,
Would toy and woo,
He would chirp and flatter me,
He would hang the wing awhile,
Till at length he saw me smile,
Lord! how sullen he would be!
– William Cartwright, Lesbia and the Sparrow
|||||||