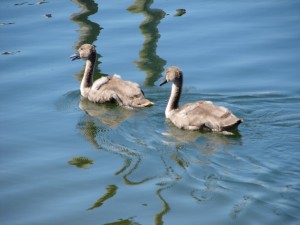 Have you seen these two missing ducks?

Variations:
* A pop version was recorded by Petula Clark in 1951, titled Fly Away Peter, Fly Away Paul.
* The lyrics of the 1975 Jethro Tull song One White Duck / 010 = Nothing At All, make a reference to the nursery rhyme: “So fly away Peter, and fly away Paul, from the fingertip ledge of contentment”.
* the nursery rhyme was included in Sesame Street.