A Dozen Bird Superstitions and a Few Bird Quotes

Superstitions are the beliefs and rituals that are followed by mankind from very ancient times. Many are notions that do not have any valid reason or knowledge. Some are known as irrational beliefs; superstitions have always ruled our lives in some ways or the other.

There are various kinds of superstitions regarding animals, home, hair, nails, door windows, marriages, births, deaths, lucky charms and nature etc. There are many superstitions that center on the different kinds of birds. 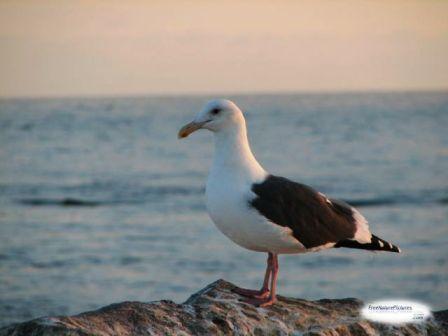 There are various superstitions related to the species called birds. One of the very ancient beliefs is that a bird flying into the house means a death in the family very soon. This happens only in the case of white birds.

Some people believe that the call of a bird from the south means it is good for the crops and a bird call from the northern direction means tragedy while from the west, a bird call means good luck and the eastern bird call signifies good love.

People from Ireland say that a bird doing poo poo on the car means good luck for the car’s owner. This is also said if the bird craps on your head.

In many parts of the world, it is said that if two male blackbirds sit together, it signifies a good omen. A blackbird building its nest in the house means that the house will see good fortune the whole year round.

There are many superstitions relating to crows as well. It is said that the cawing of a crow early morning means the arrival of a guest in the house. Seeing one crow brings bad luck and two crows mean good luck. The sight of three crows means health whereas seeing four crows means getting wealth. In the same way five crows together seen brings illness and the glimpse of six crows indicates a death in the family.

I have no desire to crow over anybody or to see anybody eating crow, figuratively or otherwise. We should all get together and make a country in which everybody can eat turkey whenever he pleases. ~ by Harry S. Truman

The cuckoo is a very lucky bird in Britain. There is a belief in England that when you hear the first call of the cuckoo, the health condition that you are undergoing at that particular time will remain the same the whole year. It means if someone is ill, he will remain so for the whole year. It is even said that a wish made on haring the first call of the cuckoo always turns out to be true.

“In Switzerland they had brotherly love, five hundred years of democracy and peace, and what did they produce? The cuckoo clock!”  Simone Weil

The dove is the messenger of the love God, Venus and it is said that it is the only animal that the devil cannot transform into. Only the miners think it to be an ill omen to see a dove before going underground for mining. They avoid doing so after seeing a dove.

“How come the dove gets to be the peace symbol? How about the pillow? It has more feathers than the dove, and it doesn’t have that dangerous beak”  Jack Handy

The hissing and quacking of a duck or geese is a prediction that wind and rain is on the way. The duck that lays dun-colored eggs should be killed immediately as they are ill omens. Much legend says that the geese are silly birds and their flying over the house means the approach of death in the family.

“Ducking for apples – change one letter and it’s the story of my life.”  Dorothy Parker

The jackdaw bird is a combination of both good and bad fortune. A single bird perching on the wall of the house means misfortune whereas a whole group doing so means the arrival of good fortune in the house.

An old miser kept a tame jackdaw, that used to steal pieces of money, and hide them in a hole, which a cat observing, asked, “Why he would hoard up those round shining things that he could make no use of?” “Why,” said the jackdaw, “my master has a whole chestfull, and makes no more use of them that I do.” ~ by  Jonathan Swift

The jaybirds are known to be the reporters of the Devil because they are said to report all the bad things to the Devil which took place in the whole week.

There are so many things to learn and it’s not just a source of amusement, but it is sometimes hilarious. Not too long ago they brought in this woman who was about 70 and she was naked as a jaybird out directing traffic on I-65.  ~ by Bill Robinson

The kingfisher is a good luck charm for everyone.

After the kingfisher’s wing Has answered light to light, and is silent, the light is still At the still point of the turning world.  ~ TS Eliot

And on the lighter side …if you like beer or girls

Kingfisher Sexy Calendar Models are the girls featured in the annual Kingfisher Calendar, which is published by Kingfisher breweries. Kingfisher is the most popular beer in India with a 36% market share in the country.

OOPS!   I forgot the quotes. Oh well, more quotes are here, but they are about Good LucK.