When the Swan Departs

But when the swan departs, you shall remain behind, like an abandoned woman 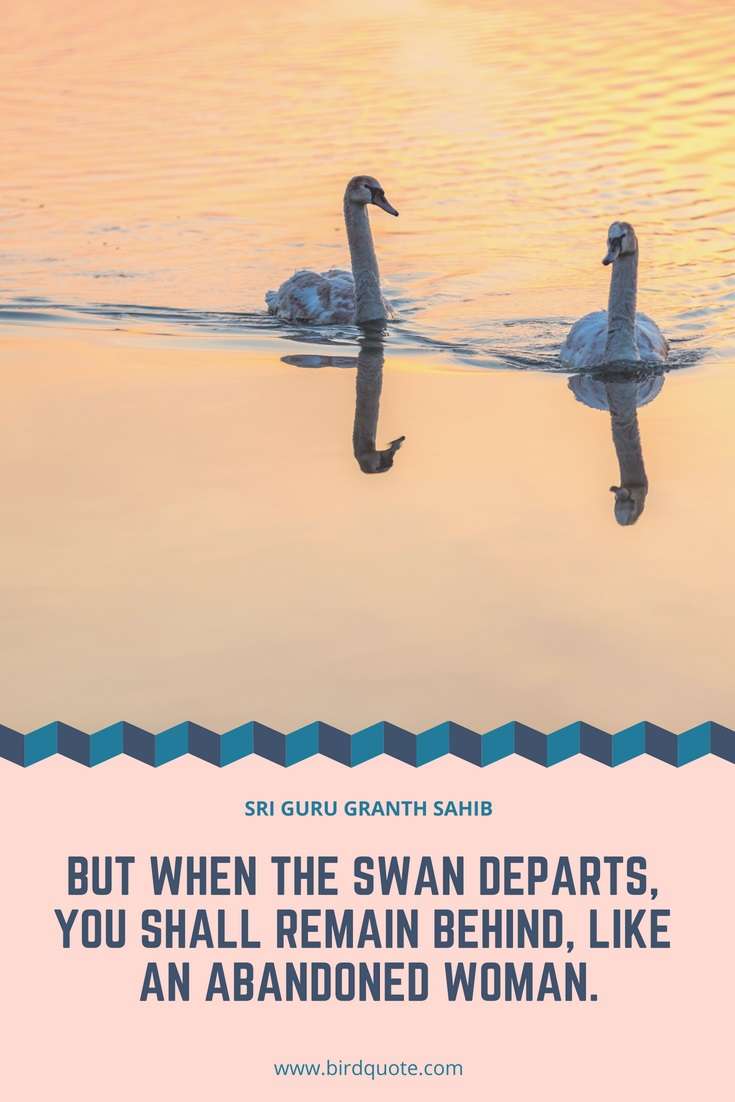 Swans belong to the family Anatidae within the genus Cygnus. Swans are grouped with the closely related geese. Close relatives of the swan include geese and ducks. Sometimes, they are considered a distinct subfamily. There are six or seven living (and one extinct) species of swan in the genus Cygnus.

Swans usually mate for life, although “divorce” sometimes occurs. That’s often following nesting failure. If a mate dies, the remaining swan will take up with another swan.

Something about Swans in Culture and Mythology

In the past swans featured strongly in mythology. In Greek mythology, there was a story of Leda and the Swan. It recounts that Helen of Troy was conceived in a union of Zeus. Zeus was disguised as a swan and Leda, Queen of Sparta.

Some references in classical literature include the belief that upon death the silent mute swan would sing beautifully. That’s where the phrase swan song arose. Then there was Juvenal’s sarcastic reference to a good woman being a “rare bird, as rare on earth as a black swan”. That’s where the Latin phrase rara avis, rare bird, comes from.

The mute swan is one of the sacred birds of Apollo. Its associations stem both from the nature of the bird as a symbol of light, as well as the notion of a “swan song”.

Swans are also a part of Irish legends. In the Children of Lir, a stepmother transforms her children into swans for 900 years. The legend, The Wooing of Etain, the king of the Sidhe transforms himself and the most beautiful woman in Ireland, Etain, into swans. That was so they could escape from the king of Ireland and Ireland’s armies.

Swans are also features in Irish literature in the poetry of W.B. Yeats. In Norse mythology two swans drank from the sacred Well of Urd in the realm of Asgard, home of the gods. In the Finnish epic Kalevala, a swan lives in the Tuoni river located in Tuonela, the underworld realm of the dead.

But when the swan departs, you shall remain behind, like an abandoned woman

But when the swan departs, you shall remain behind, like an abandoned woman.