Home Dedications The most beautiful things in the universe

The most beautiful things in the universe

The most beautiful things in the universe are the starry heavens above us and the feeling of duty within us.

This page is dedicated to Sangeeta of Obesity Central.

Her new website was created out of her passion for Ayurveda for good health and healthy living.

For those of you like me that have never heard of Ayurveda, join the crowd. I hadn’t either and of the dozen or so I asked they hadn’t either. Ayurveda is finally catching on, more so in other countries, but slowly here in the USA. It’s a very interesting science of healthy living and is one that has been refined over centuries of use in India.

Sangeeta has spent many long years studying about Ayurveda, then practicing the science herself and for many friends and clients she has helped over the years. Ayurveda followed a natural progression from her scholarly studies of the Vedas which was her first passion and continuing passion. 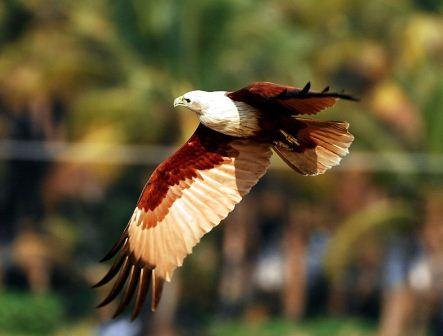 In flight near Chalakudy, India the rounded tail and plumage of adults is distinctive.

In India the Brahminy Kite is considered as the contemporary representation of Garuda, the sacred bird of Vishnu. The Brahminy Kite (Haliastur indus), also known as the Red-backed Sea-eagle, is a medium-sized bird of prey in the family Accipitridae, which also includes many other diurnal raptors such as eagles, buzzards and harriers. They are found in the Indian subcontinent, Southeast Asia and Australia. Found mainly on the coast and in inland wetlands, they feed on dead fish and other prey. Adults have a reddish brown plumage and a contrasting white head and breast which makes them easy to distinguish from other birds of prey.

Brahminy kites are familiar sights in the skies of Sri Lanka, India, Pakistan, Bangladesh, and southeast Asia and as far south as New South Wales, Australia, through which region it is widespread and resident. They perform seasonal movements associated with rainfall in some parts of their range.

Kites are mainly seen in the plains but can sometimes occur above 5000 feet in the Himalayas.

It is primarily a scavenger. These kites feed mainly on dead fish and crabs, especially in wetlands and marshland. However, they occasionally hunt live prey such as hares and bats. They may also indulge in kleptoparasitism and attempt to steal prey from other birds.

Brahminy Kites roost communally on large and isolated trees and as many as 600 have been seen at just one location. They may mob larger raptors such as the Aquila eagles.

|||||||
A buffalo does not feel the weight of his own horns. ~ Indian Proverb

|||||||
A house must be built on solid foundations if it is to last. The same principle applies to man, otherwise he too will sink back into the soft ground and becomes swallowed up by the world of illusion. ~ Sai Baba

|||||||
According to the true Indian view, our consciousness of the world, merely as the sum total of things that exist, and as governed by laws, is imperfect. But it is perfect when our consciousness realizes all things as spiritually one with it, and there ~ Rabindranath Tagore 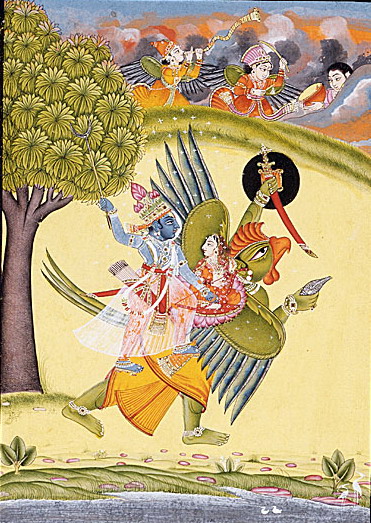 The Garuda is a large mythical bird or bird-like creature that appears in both Hindu and Buddhist mythology.

|||||||
All action results from thought, so it is thoughts that matter. ~ Sai Baba

|||||||
Disease is the tax which the soul pays for the body, as the tenant pays house-rent for the use of the house. ~ Ramakrishna

|||||||
Do not be misled by what you see around you, or be influenced by what you see. You live in a world which is a playground of illusion, full of false paths, false values and false ideals. But you are not part of that world. ~ Sai Baba

|||||||
Facts are facts and will not disappear on account of your likes. ~ Jawaharlal Nehru

|||||||
Happiness is your own treasure because it lies within you. ~ Prem Rawat

|||||||
If we should be blessed by some great reward, such as fame or fortune, it’s the fruit of a seed planted by us in the past. ~ Bodhidharma

|||||||
In the attitude of silence the soul finds the path in an clearer light, and what is elusive and deceptive resolves itself into crystal clearness. Our life is a long and arduous quest after Truth. ~ Mahatma Gandhi

|||||||
It is easy to talk on religion, but difficult to practice it. ~ Ramakrishna

|||||||
It is health that is real wealth and not pieces of gold and silver. ~ Mahatma Gandhi

|||||||
It is natural to have your favorite actor or actress or musician or composer. But India is the only place where we fight over it. ~ Ravi Shankar

|||||||
[I]t must be emphasized that nonviolent resistance is not a method for cowards; it does resist. If one uses this method because he is afraid or merely because he lacks the instruments of violence, he is not truly nonviolent. This is why Gandhi often said that if cowardice is the only alternative to violence, it is better to fight. ~ Martin Luther King, Jr., Stride Toward Freedom: The Montgomery Story, 1958

|||||||
Life is like a game of cards. The hand you are dealt is determinism; the way you play it is free will. ~ Jawaharlal Nehru

|||||||
Love one another and help others to rise to the higher levels, simply by pouring out love. Love is infectious and the greatest healing energy. ~ Sai Baba

|||||||
Many good sayings are to be found in holy books, but merely reading them will not make one religious. ~ Ramakrishna

|||||||
She was mother not only to me but to the whole nation. She served the Indian people to the last drop of her blood. ~ Rajiv Gandhi (speaking of his mother Indira Gandhi)

|||||||
The policy of being too cautious is the greatest risk of all. ~ Jawaharlal Nehru

|||||||
There is a magnet in your heart that will attract true friends. That magnet is unselfishness, thinking of others first; when you learn to live for others, they will live for you. ~ Paramahansa Yogananda

|||||||
This makes it almost impossible for new doctors from India [to get a job] and even the 800 and odd unemployed Indian doctors who are already here hoping to get a training assignment will now have to pack up and go once their visa expires. ~ Dr Shiv Pande

|||||||
We are very excited to be in India. We have been looking forward to this moment for a long time now. Though we have visited India earlier, we would be performing live for the Indian audience for the first time and we know its going to be amazing. ~ Russell Graham

|||||||
We owe a lot to the Indians, who taught us how to count, without which no worthwhile scientific discovery could have been made ~ Albert Einstein

|||||||
What matters is to live in the present, live now, for every moment is now. It is your thoughts and acts of the moment that create your future. The outline of your future path already exists, for you created its pattern by your past. ~ Sai Baba

Quotes and page dedicated to Sangeeta of How to Fight Obesity

A Few Quotes about Life

|||||||
All you have to do is know where you’re going. The answers will come to you of their own accord. ~ Earl Nightingale

|||||||
Don’t limit yourself. Many people limit themselves to what they think they can do. You can go as far as your mind lets you. What you believe,
remember, you can achieve. ~ Mary Kay Ash

|||||||
Life is short and we have never too much time for gladdening the hearts of those who are traveling the dark journey with us. Oh be swift to

|||||||
People create their own questions because they are afraid to look straight. All you have to do is look straight and see the road, and when you

|||||||
You always do what you want to do. This is true with every act. You may say that you had to do something, or that you were forced to, but

actually, whatever you do, you do by choice. Only you have the power to choose for yourself. ~ W. Clement Stone

|||||||
You can do what you have to do, and sometimes you can do it even better than you think you can. ~ Jimmy Carter

|||||||
You do what you have to do in life, when you form a philosophy that you can’t talk yourself out of. ~ Constantine Karamanlis

|||||||
You do what you have to do to get through today, and that puts you in the best place tomorrow. ~ Oprah Winfrey

|||||||
Young people tell what they are doing, old people what they have done, and fools what they wish to do. ~ French Proverb

\\\\\\\
It has been said that we need just three things in life: Something to do, Something to look forward to And someone to love.

\\\\\\\
Every man is afraid of something. That’s how you know he’s in love with you; when he is afraid of losing you.

\\\\\\\
If you love somebody, let them go. If they return, they were always yours. If they don’t, they never were.

\\\\\\\
Love is just a word until someone comes along and gives it meaning.

\\\\\\\
It takes a minute to have a crush on someone, an hour to like someone and a day to love someone – but it takes a lifetime to forget someone.

\\\\\\\
Love is like an earthquake-unpredictable, a little scary, but when the hard part is over you realize how lucky you truly are.

\\\\\\\
The worst thing you can do for love is deny it; so when you find that special someone, don’t let anyone or anything to get in your way.

Quote and page is dedicated to Sangeeta

*Quotes taken from various sources, some with no source information