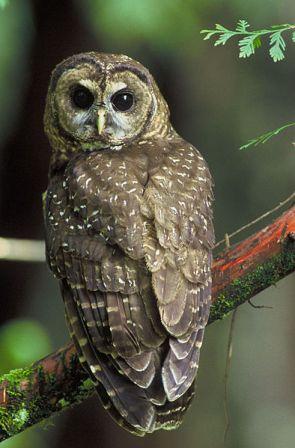 The Bat that flits at close of Eve
Has left the Brain that won’t believe.
The Owl that calls upon the Night
Speaks the Unbeliever’s fright.
– William Blake

|||||||
It is the owl that shrieked, the fatal bellman Which gives the stern’st good-night.
– William Shakespeare

|||||||
Lovely are the curves of the white owl sweeping Wavy in the dusk lit by one large star. Lone on the fir-branch, his rattle-note unvaried, Brooding o’er the gloom, spins the brown eve-jar.
– Meredith, George

|||||||
Now that we have found that the principle applies in owls as well as monkeys, we can figure out the mechanisms of how the brain manages attention.
– Daniel Winkowski

|||||||
Of all the horrid, hideous notes of woe, Sadder than owl-songs or the midnight blast, Is that portentous phrase, ‘I told you so
– Lord Byron

|||||||
Save that from yonder ivy-mantled tower, / The moping owl does to the moon complain.
– Thomas Gray

|||||||
St Agnes’ Eve – Ah, bitter chill it was! / The owl, for all his feathers, was a-cold; / The hare limped trembling through the frozen grass, / And silent was the flock in woolly fold.
– John Keats

|||||||
That is the highest number of great gray owls ever banded in a single season in the world.
– Dave Grosshuesch

|||||||
The crow wished everything was black, the owl, that every thing was white.
– William Blake

|||||||
The cynic is one who never sees a good quality in a man, and never fails to see a bad one. He is the human owl, vigilant in darkness and blind to light, mousing for vermin, and never seeing noble game. The cynic puts all human actions into two classes – openly bad and secretly bad.
– Henry Ward Beecher

|||||||
The large white owl that with eye is blind, That hath sate for years in the old tree hollow, Is carried away in a gust of wind.
– Elizabeth Barrett Browning

|||||||
The Owl and the Pussy-Cat went to sea/ In a beautiful pea-green boat,/ They took some honey, and plenty of money,/ Wrapped up in a five-pound note.
– Edward Lear