Home Dedications Nights I spend alone with my dogs

Nights I spend alone with my dogs

Check out the free online Pet Insurance Ireland website. If you have a dog or cat and live near or in Ireland this is an excellent resource for comparing pet insurance in Ireland. You love your pet so be prepared in case they get sick, have an accident or need medical attention immediately. Pet insurance can be a life saver should the unforeseen occur. 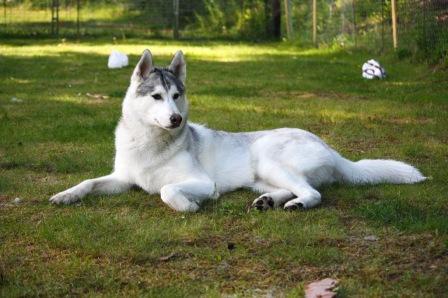 |||||||
A good dog does not bite a chicken and a good man does not hit his wife.
– Chinese Proverb

|||||||
If a man becomes powerful even his chicken and his dog go to heaven.
– Chinese Proverb

|||||||
Now who do you suppose would want to disturb those doggies so earwy in da morning?!
– Tweety Bird Quote

|||||||
There is no psychiatrist in the world like a puppy licking your face.
-Ben Williams

|||||||
“I’ve seen a look in dogs’ eyes, a quickly vanishing look of amazed contempt, and I am convinced that basically dogs think humans are nuts.”
– John Steinbeck

|||||||
I talk to him when I’m lonesome like; and I’m sure he understands. When he looks at me so attentively, and gently licks my hands; then he rubs his nose on my tailored clothes, but I never say naught thereat. For the good Lord knows I can buy more clothes, but never a friend like that.
-W. Dayton Wedgefarth

|||||||
A dog is not “almost human” and I know of no greater insult to the canine race than to describe it as such.
-John Holmes

|||||||
I think we are drawn to dogs because they are the uninhibited creatures we might be if we weren’t certain we knew better. They fight for honor at the first challenge, make love with no moral restraint, and they do not for all their marvelous instincts appear to know about death. Being such wonderfully uncomplicated beings, they need us to do their worrying.
-George Bird Evans, Troubles with Bird Dogs

|||||||
If dogs could talk, perhaps we would find it as hard to get along with them as we do with people.
-Karel Capek

|||||||
Dogs are not our whole life, but they make our lives whole.
-Roger Caras

|||||||
“Do not make the mistake of treating your dogs like humans or they will treat you like dogs.”
– Martha Scott

|||||||
Near this spot are deposited the remains of one who possessed Beauty without Vanity, Strength without Insolence, Courage without Ferocity, and all the Virtues of Man, without his Vices. This Praise, which would be unmeaning Flattery if inscribed over human ashes, is but a just tribute to the Memory of Boatswain, a Dog.
-George Gordon, Lord Byron, “Inscription on the Monument of a Newfoundland Dog”

|||||||
“Any member introducing a dog into the Society’s premises shall be liable to a fine of one pound. Any animal leading a blind person shall be deemed to be a cat.”
– Rule 46, Oxford Union Society, London

|||||||
If you get to thinking you’re a person of some influence, try ordering somebody else’s dog around.
-Will Rogers

|||||||
Dogs have given us their absolute all. We are the center of their universe. We are the focus of their love and faith and trust. They serve us in return for scraps. It is without a doubt the best deal man has ever made.
-Roger Caras

|||||||
“Watching baseball under the lights is like observing dogs indoors, at a pedigree show. In both instances, the environment is too controlled to suit the species.”
– Melvin Maddocks, “Baseball-The Difference between Night and Day” Christian Science Monitor 3 Apr 85

|||||||
“[London] is sentimental and tolerant. The attitude to foreigners is like the attitude to dogs: Dogs are neither human nor British, but so long as you keep them under control, give them their exercise, feed them, pat them, you will find their wild emotions are amusing, and their characters interesting.”
– V S Pritchett, London Perceived Harcourt, Brace & World 62

|||||||
“Asthma doesn’t seem to bother me any more unless I’m around cigars or dogs. The thing that would bother me most would be a dog smoking a cigar.”
– Steve Allen

|||||||
“[My dog] can bark like a congressman, fetch like an aide, beg like a press secretary and play dead like a receptionist when the phone rings.”
– Gerald B H Solomon, US Congressman, Entry in contest to identify Capitol Hill’s Great American Dog, NY Times 9 Aug 86

This quote and page is dedicated to Pet Insurance Ireland

Love your pet? Be prepared with Pet Insurance..

Add any comments you may have below.