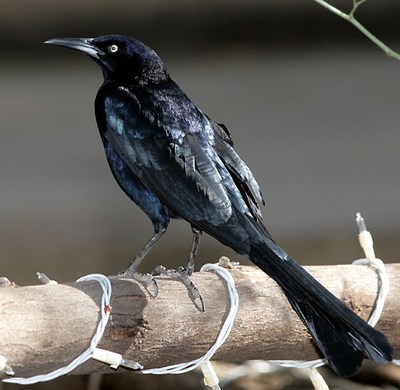 Great-tailed Grackle: Have you seen this bird?

The Great-tailed Grackle (Quiscalus mexicanus) is a large icterid blackbird , also referred to simply as “blackbird”, and occasionally “crow” or “jackdaw”.

It is commonly found in agricultural regions and suburban environments, feeding on fruits, seeds, and invertebrates.

Some species of Grackle, usually the Great-tailed, are confused with an American Crow when people unfamiliar with bird identification are asked to identify a dead blackbird.

Bird Quote Notice
Please submit bird sayings, bird quotes, bird poems, or your own bird quote. Enter the bird quotation for others to enjoy by filling out the Submit form on the menu.