|||||||
I’m the gooney bird that walked to the bank. I’m doing better than most of those guys who said I was crazy.
– Jimmy Piersall

|||||||
You pointy heads has no more idea of traffic control, than a gooney bird!!
– Clifton James 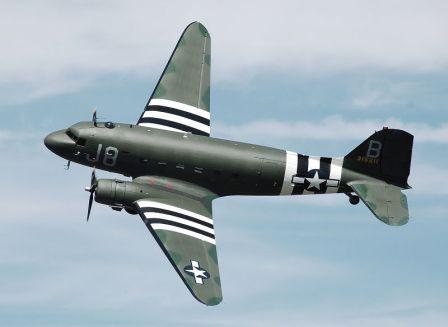 |||||||
Gooney Bird Greene (book)
Two-time Newbery Medalist Lois Lowry introduces a new girl in class who loves being the center of attention and tells the most entertaining “absolutely true” stories.

There’s never been anyone like Gooney Bird Greene at Watertower Elementary School. What other new kid comes to school wearing pajamas and cowboy boots one day and a polka-dot t-shirt and tutu on another? Gooney Bird has to sit right smack in the middle of the class because she likes to be in the middle of everything. She is the star of story time and keeps her teacher and classmates on the edge of their seats with her “absolutely true” stories. But what about her classmates? Do they have stories good enough to share?
Category: Juvenile Fiction – Humorous Stories / Kids Book for Ages 7-10 years
– Lois Lowry

|||||||
Gooney Bird and the Room Mother (book)
Gooney Bird Greene likes to be right smack in the middle of everything. That’s why she wants to have the lead role of Squanto in her class Thanksgiving pageant. But that role will go to whoever finds someone to be the room mother. All the parents are so busy, no one can bring cupcakes to the play. Gooney Bird Greene to the rescue! She finds a room mother alright, but promises not to tell who it is until the day of the play. Now the kids are really busy getting ready for the show. But will the mystery room mother really show up?
Category: Juvenile Fiction – Humorous Stories
– Lois Lowry

|||||||
TRIBUTE TO THE DC-3 (Poem)
In fifty-one they tried to ground the noble DC-3
And some lawyers brought the case before the C.A.B.
The board examined all the facts behind their great oak portal
And pronounced these simple words “The Gooney Birds Immortal”

The Army toast their Sky Train in lousy scotch and soda
The Tommies raise their glasses high to cheer their old Dakota
Some claim the C-47’s best, or the gallant R4D
Forget that claim, their all the same, they’re the noble DC-3.

Douglas built the ship to last, but nobody expected
This crazy heap would fly and fly, no matter how they wrecked it
While nations fall and men retire, and jets go obsolete
The Gooney Bird flies on and on at eleven thousand feet.

No matter what they do to her the Gooney Bird still flies
One crippled plane was fitted out with one wing half the size
She hunched her shoulders then took off (I know this makes you laugh)
One wing askew, and yet she flew, the DC-3 and a half.

She had her faults, but after all, who’s perfect in every sphere?
Her heating system was a gem we loved her for her gear
Of course the windows leaked a bit when the rain came pouring down
She’d keep you warm, but in a storm, it’s possible you’d drown.

Well now she flies the feeder lines and carries all the freight
She’s just an airborne office, a flying twelve ton crate
The patched her up with masking tape, with paper clips and strings
And still she flies, she never dies, Methuselah with wings.
– author unknown

|||||||
Gooney Bird (joke)
After many years of marriage, a husband has turned into a couch potato, became completely inattentive to his wife and sat guzzling beer and watching TV all day. The wife was dismayed because no matter what she did to attract the husband’s attention, he’d just shrug her off with some bored comment.

This went on for many months and the wife was going crazy with boredom. Then one day at a pet store, the wife saw this big, ugly, snorting bird with a hairy chest, powerful hairy forearms, beady eyes and dribble running down the side of its mouth.

The shopkeeper, observing her fascination with the bird, told her it was a special imported “Goony bird” and it had a very peculiar trait. To demonstrate, he exclaimed, “Goony bird! The table!”

Immediately, the Goony bird flew off its perch and with single-minded fury attacked the table and smashed it into a hundred little pieces with its powerful forearms and claws! To demonstrate some more, the shopkeeper said, “Goony bird! The shelf!”

Again the Goony bird turned to the shelf and demolished it in seconds.

“Wow!” said the wife, “If this doesn’t attract my husband’s attention, nothing will!” So she bought the bird and took it home.

When she entered the house, the husband was, as usual, sprawled on the sofa guzzling beer and watching the game. “Honey!” she exclaimed, “I’ve got a surprise for you! A Goony bird!”

*Quotes etc. taken from many sources, some with no source information.
Authenticity not guaranteed. Quotes displayed as found.